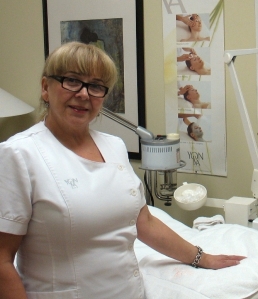 Alicja Krzyzowzka is more hands-on than most business owners

Alicja Krzyzowzka is more hands-on than most business owners. In fact, many of her clientele will swear her touch is magical. But when it was time for the popular Edmonton aesthetician to find the right buyer for her skin care salon, she was happy to hand the job over to Sunbelt business broker Michael McCulloch.

Like her salon operation, this partnership has delivered healthy results. In the New Year, Metamorphosis Skin Care Clinic will open under new ownership and Alicja’s focus will be redirected 200 miles south to Calgary, where she’ll be moving to join her daughter and grandchildren.

“We sold Alicja’s business for a price that included considerable goodwill, when goodwill is not commanding much in the marketplace,” says Michael, co-owner of Sunbelt’s Edmonton office. “With her hard work, integrity and good service, Alicja built a strong name and following.”

She also made the most of her location in the historic district of Old Strathcona, a thriving boutique area where more than 300 independent shops have sprouted to answer the needs of a modern lifestyle.

The stresses of that modern lifestyle affect the skin, though, as do aging and the environment, cautions Alicja. Alicja’s loyal clientele have found relief in the regenerative treatments she bases on the Yonka products that are a favourite in European salons and spas.

Everyone deserves to feel and look good, says Alicja. She’s been applying that principle the 14 years she’s owned Metamorphosis and the proof is in her devoted clientele. Each person knows they can count on treatments adapted to their individual needs.

While they hate to see her go, they understand it’s time for her to retire.

Before she engaged Sunbelt’s services, Alicja had difficulty moving forward on her retirement plans.

She especially appreciated that he screened prospects to confirm their resources and potential to assume the business and only set up meetings with buyers he felt were serious. That allowed her to maintain her regular operations.

Michael was already familiar with her business; he had assessed it two years prior after Alicja responded to one of the drop notes he had left in her area. It didn’t take him long to update the assessment and find a buyer she was happy with.  Meaghan, the new owner, plans to learn from Alicja, apply her own talents, and continue forward with Metamorphosis as a thriving business.  Alicja wishes Meahgan the very best in her new career.

Michael and Sunbelt served her well, says Alicja.  As she did her clients.