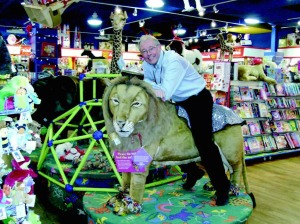 Clyde was familiar with Mastermind and its principals, but hadn’t given any thought to selling his business.  He had an idea of how and when he was going to retire, but it was so far into the future that he really didn’t know what to do.

A call to Erik Twohig of Sunbelt Business Brokers (and a co-member of the Business Club of London) was the first order of business.  After an initial discussion – confidential and complimentary, of course – Clyde had options on how to proceed, some of which involved Sunbelt and others which didn’t.

Clyde decided to engage Sunbelt and follow the process they suggested.

Their  first undertaking was a business valuation, to set a realistic expectation in Clyde’s mind as to whether even engage in a discussion, and if so, to set the parameters for how a successful conclusion might be found.  With that in place, Clyde was ready to enter into discussions, provide and receive information, and begin to establish the basis on which a transaction could be completed.

Given that Clyde had had no intention of retiring at this stage, staying on with Mastermind in some ca­pacity was certainly a point of discussion.  It is fair to say that, from the outset, both parties understood each others’ drivers, and wanted to reach an agreement if it was possible. It is also fair to say that, as is the case in almost every transaction, there were “surprises” and “challenges” to be resolved.

In this case, one of the main issues was inventory that was not complementary to Mas­termind inventory and owned by The Toy Shoppe.  In the end, a creative solu­tion was found with a set of future outcomes determining final “value.”

The conclusion of this story is clear to be seen.  On October 15-16, 2011, Mastermind Toys held its “Barn Raising” Grand Opening cele­brations in the former Toy Shoppe of London facilities – completely rebranded to Mas­termind specifications. The host of the Grand Opening was Clyde Walton, the manager of Mastermind Toys in London.

Reprinted from the Sunbelt London newsletter with permission from Mastermind Toys .

This entry was posted in Success stories and tagged Mastermind Toys, Sunbelt Business Brokers London, The Toy Shoppe of London. Bookmark the permalink.

2 responses to “Success Story: the Toy Shoppe of London”